Roadtrips: WEEKEND IN THE DORDOGNE

This weekend road trip through Dordogne in a customised van starts at either the Toulouse or Bordeaux agency. You will be charmed to your core as you wend your way through the enchanting countryside. Stop and picnic along the banks of the Tarn and Dordogne rivers. Take selfies against the stone walls that make up the unblemished villages. High above on the hills there are medieval castles, lots of them! Beneath your feet there are caves and grottoes that pre-historic populations called home. Mess around in the river, visit Josephine Baker’s château. The region is unspoiled, unpretentious, and bursting with natural and man-made wonders. Ahhh Dordogne!
Don’t hesitate to extend your holiday for a few more days. There are lots of places to pitch up for the night. Dordogne is a really fantastic place to experience the pleasures of travelling in a customised van.

WEEKEND IN THE DORDOGNE

This first loop can be done in two or even three days if you have the possibility. The proposed starting point is Souillac, which you will quickly reach via the A89 (Bordeaux) or A20 (Toulouse-Montauban) motorways. Périgord and the Dordogne valley to the west, Quercy to the east: you are at the junction of two magnificent regions!
– Start your visit by following the D703 towards Rouffillac. Cross the bridge, and take the other bank of the Dordogne towards Saint Julien de Lampon then Saint Mondane and Veyrignac, by the D50
– You will quickly get to the heart of the matter: beautiful landscapes along the river, and the castle of Fénélon. The road follows the Dordogne to Groléjac
– Cross the bridge again in the direction of Carsac Aillac, a superb village, where we strongly advise you to take the first left, to return on the very small D703 in the direction of the cirque de Monfort and its castle. You won’t come across many camper vans there! Fantastic landscapes…
– Continue on the D703 with obligatory stops in the villages of Domme, La Roque Gageac, Castelnaud-la-chapelle, Beynac-et-Cazenac.

– The gardens of Marqueyssac are well worth a visit. There is a very nice treasure hunt for the children, beautiful box gardens and a sumptuous residence. The view is breathtaking.

Several possibilities for the night:
o If you want to spend the evening in Sarlat: the most practical option is to park at the Huttopia de Sarlat campsite, 500m from the historic centre, Rue Jean Gabin 24200 Sarlat La Caneda
o If you prefer to spend the night in the middle of nowhere, on the banks of the river : you will have no difficulty finding a small, quiet pitch with your van !

Do not hesitate to consult the website of the town of Sarlat for your stay in the Dordogne valley, very useful!

You think you’ve seen it all?
A second loop in the Quercy will fill your eyes…
If the medieval villages are as beautiful, the landscapes of the Quercy limestone plateaus will seduce you, and the unmissable and very impressive visit of the Padirac chasm will delight young and old.

– From Sarlat, head back to Souillac, then follow the D803 towards Baladou and Martel, a pretty village with seven towers!

– From Martel, continue on the D80 then D43, along the Dordogne, towards Carennac. This village is classified as one of the most beautiful in France. Renaissance houses with carved windows and brown roofs are entwined around an 11th century priory where Fenelon lived. Near the Romanesque church and its cloister, the Château des Doyens invites you to discover the riches of the Pays d’Art et d’Histoire of which Carennac is a part.

– Continue towards Loubressac. Perched on a promontory with a superb view of the Dordogne valley and the surrounding castles, Loubressac offers visitors the charm of its medieval houses with their ochre stones and raised roofs. The Saint-Jean-Baptiste church and the castle, a manor house dating from the 15th and 18th centuries, are well worth the short climb to get there…

– From Loubressac, don’t miss the cirque of Autoire, to reach the magnificent village of the same name, along an amphitheatre of impressive cliffs. A short steep path leads to the side of the cirque from where a 30-metre high waterfall gushes out. From this viewpoint, the view is grandiose and stretches as far as the Limousin, with the village of Autoire nestling below, like a raspberry on a bed of moss.

– Nestled in a narrow valley with steep cliffs, the village of Autoire occupies an exceptional site. The character of the Quercy region is present in every corner of the village, with magnificent half-timbered houses, sumptuous residences with turrets, a 15th century manor house and a Romanesque church rebuilt in the 18th century.

– The Padirac chasm is only 7 kilometres from the village. World famous, it is the
largest chasm in Europe. At 103 metres below ground, the visit is partly by boat on the underground river and then on foot. Huge rooms, breathtaking beauty, we advise you to book your tickets in advance to avoid long queues…

– To conclude this beautiful loop, Rocamadour is only a few minutes away from the chasm.
The sacred city is clinging to the cliff in a superposition of houses and chapels. From the castle that crowns this audacious construction, a sheer drop of some 150 metres can be seen, at the bottom of which the Alzou stream winds its way. On the way to Santiago de Compostela, the Saint-Sauveur basilica and the Saint-Amadour crypt, classified as World Heritage by UNESCO, are open to visitors once they have climbed the 216 steps of the pilgrims’ staircase.
For children, the Australian park and the monkey forest are two fun sites that will bring this superb tour to a close. 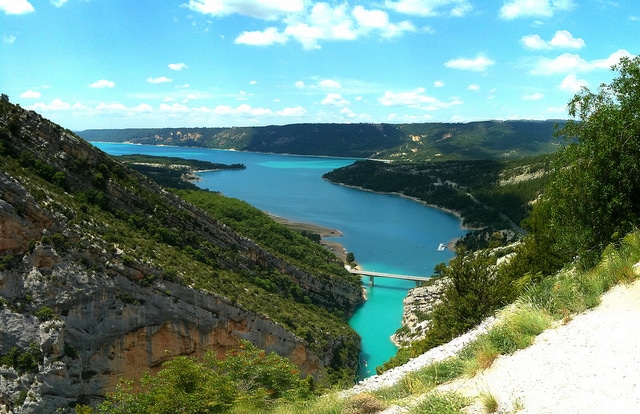 4 days in the VERDON GORGES

The Gorges du Verdon are the deepest in Europe. The insanely turquoise, green water that flows through them has to be seen to be believed! A perfect backdrop for a sensational road trip!
READ MORE 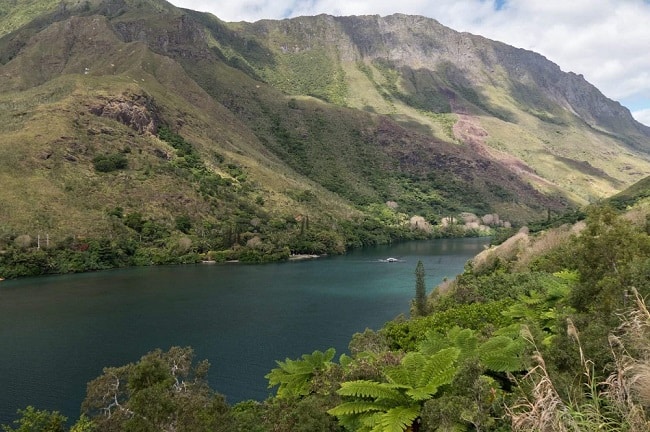 New Caledonia in a week

Set off to discover the unmissable sites in New Caledonia, from Païta in the north to the Grande Terre in just 7 days.
READ MORE